How I Deployed My #100DaysOfCloud Twitter Bot on AWS Fargate 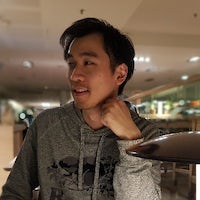 After passing my last certification, I asked myself how much time I spent studying cloud computing.

It also made me realize two things:

So I immediately contacted Alex Kallaway, the creator of #100DaysOfCode, to ask him if it was possible to create #100DaysOfCloud based on his challenge.

And a few days later, the #100DaysOfCloud challenge was official!

But something was missing.

If you already used the #100DaysOfCode hashtag, you know that your tweets are going to be retweeted at least three times by Twitter bots.

Because there were no bots for the new #100DaysOfCloud challenge, I decided to fix that problem!

In this post, we're gonna see how I deployed my Twitter bot and why I choose to deploy it on AWS Fargate.

If you want to follow along and run the commands below, be sure to:

If you check my code, you’ll see that:

I will not explain all the code because that's beyond the scope of this post. But I did mention all the sources I used in the GitHub repository.

My idea was to deploy the Docker image in a container in the cloud with the following constraints:

Because I have credits on AWS, the first constraint was easy — go with AWS.

As for constraint number 2, I knew from the AWS Certified Developer - Associate course, that we could deploy serverless containers with AWS Fargate. 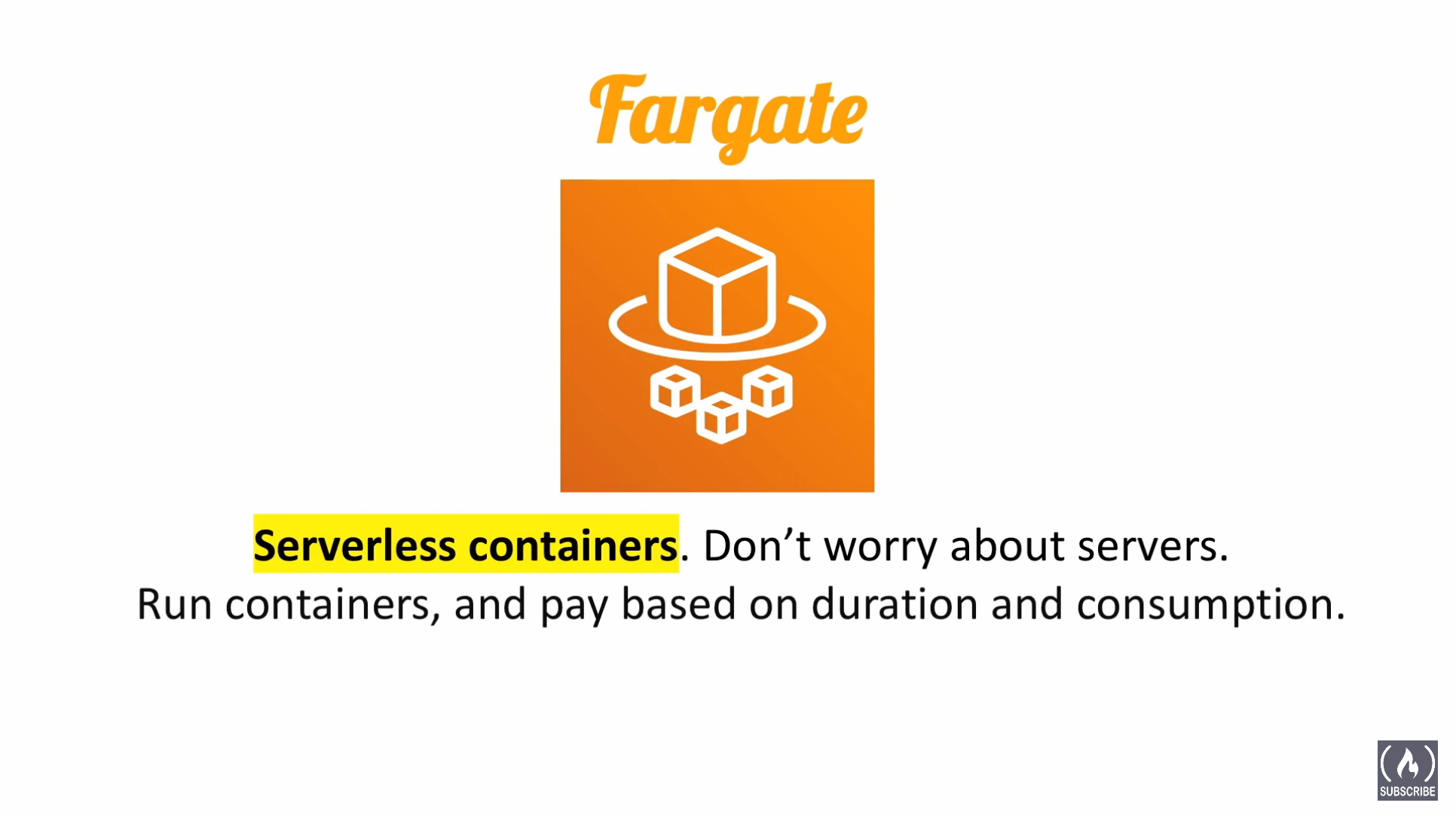 Depending on your region, the pricing for AWS services can vary. It's often just a matter of a few cents, but I planned to run my bot for at least one year! So, every cent mattered.

To see AWS Fargate pricing and minimize your cost, you can check the AWS documentation. I found that the cheapest region close to me was Ireland, so I decided to deploy my bot to AWS Fargate there!

How did I deploy my bot?

Now that I've explained why I used AWS Fargate, let's see how I deployed my bot.

There are two big steps to deploy a Docker image on AWS Fargate:

Let's explain each step in detail. 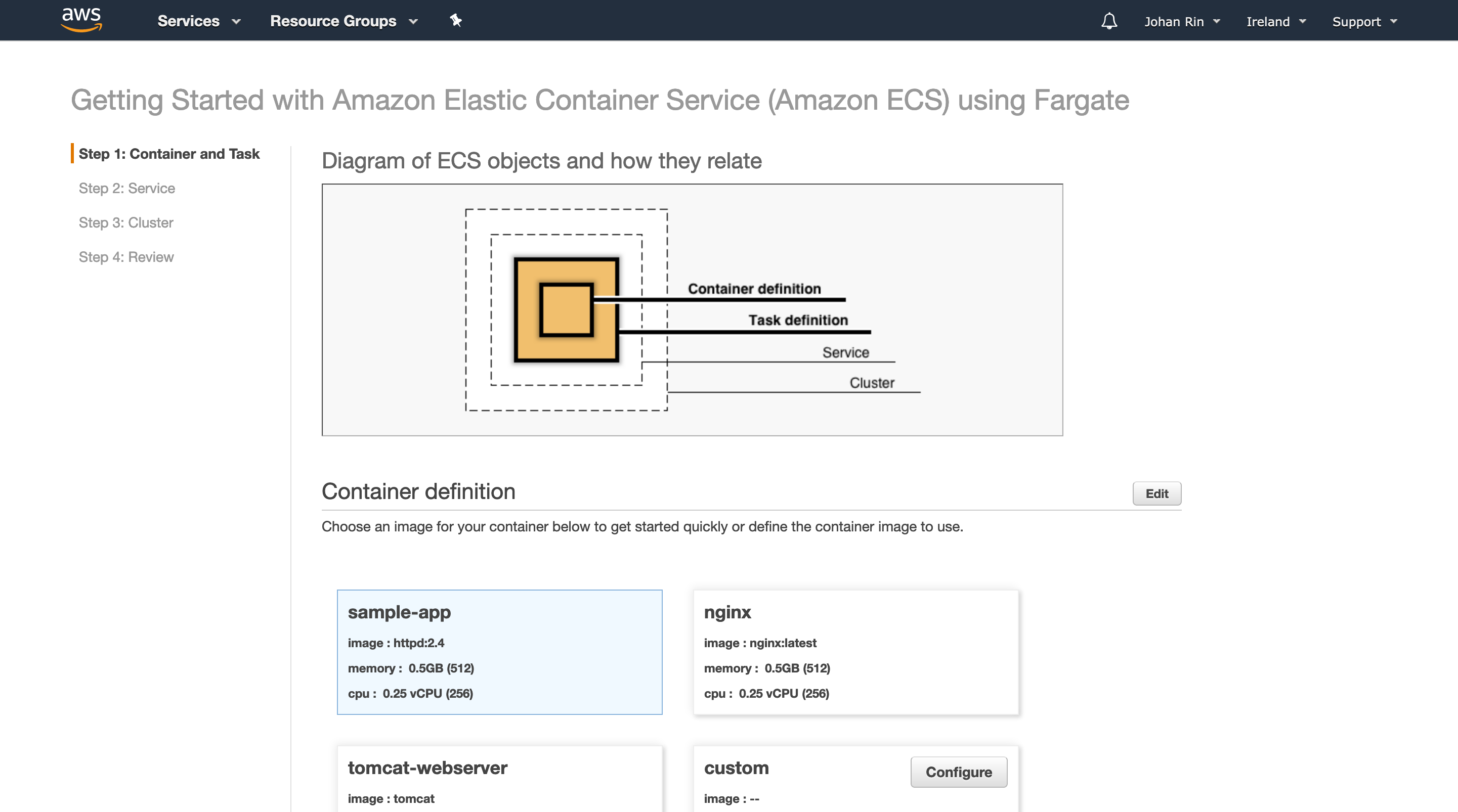 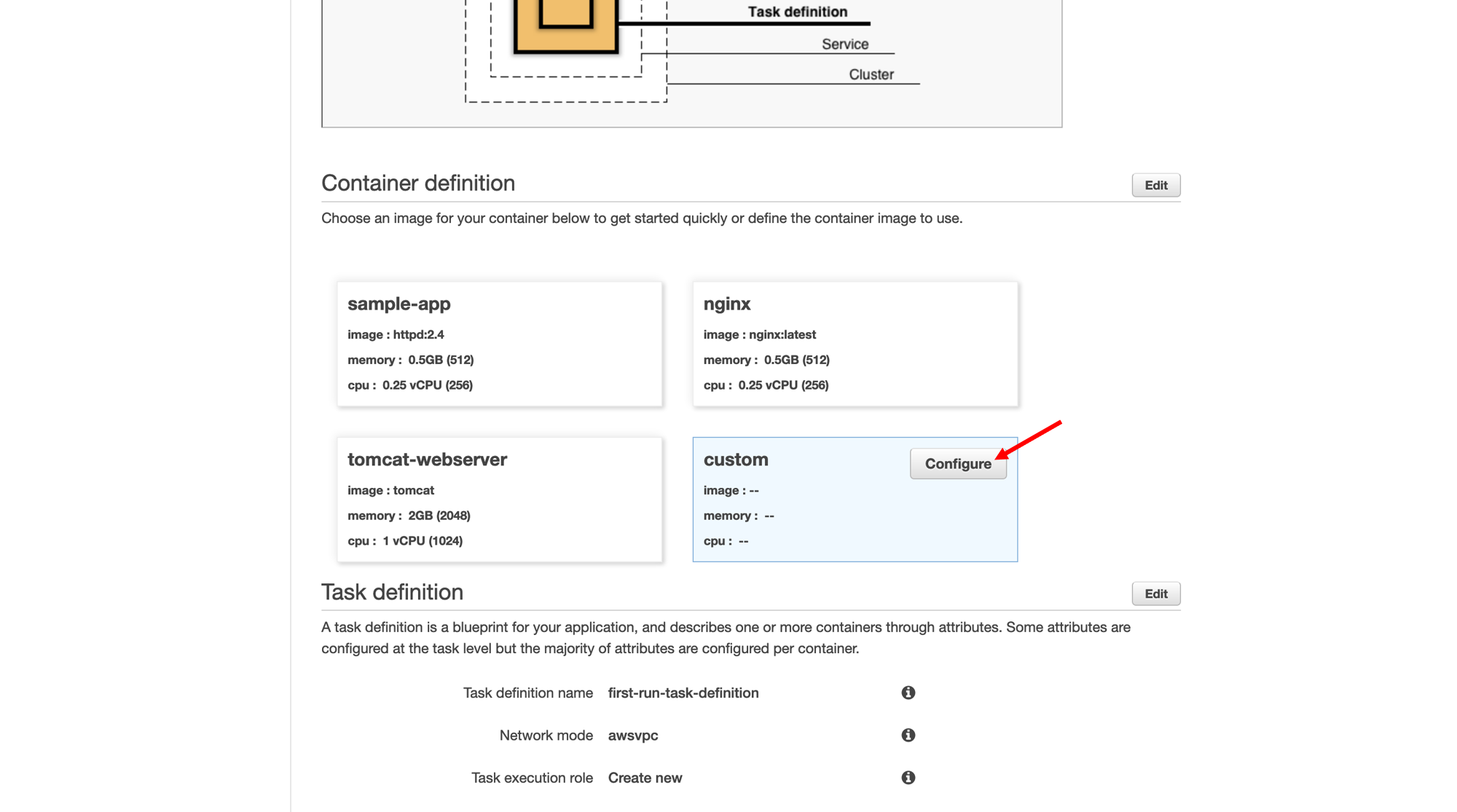 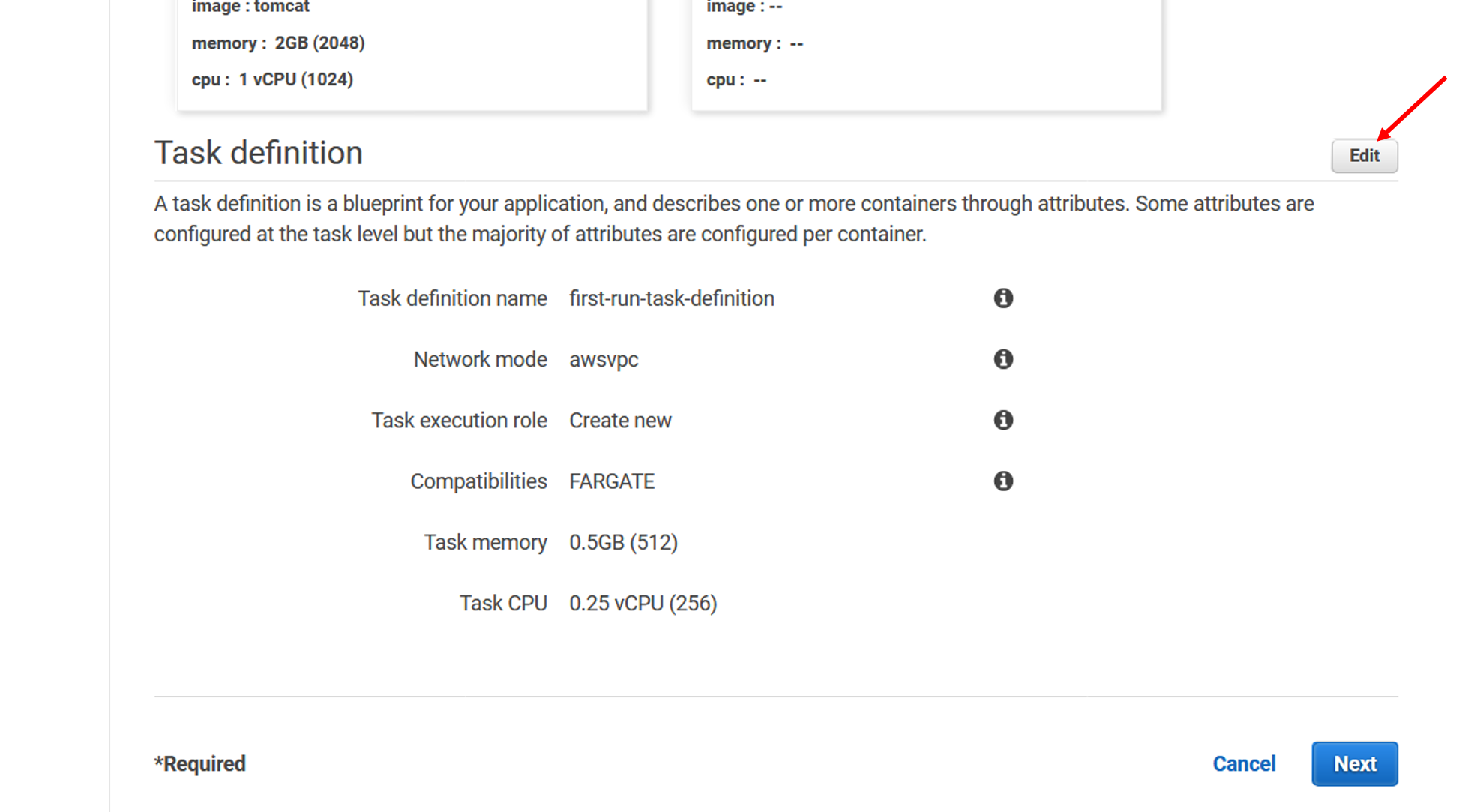 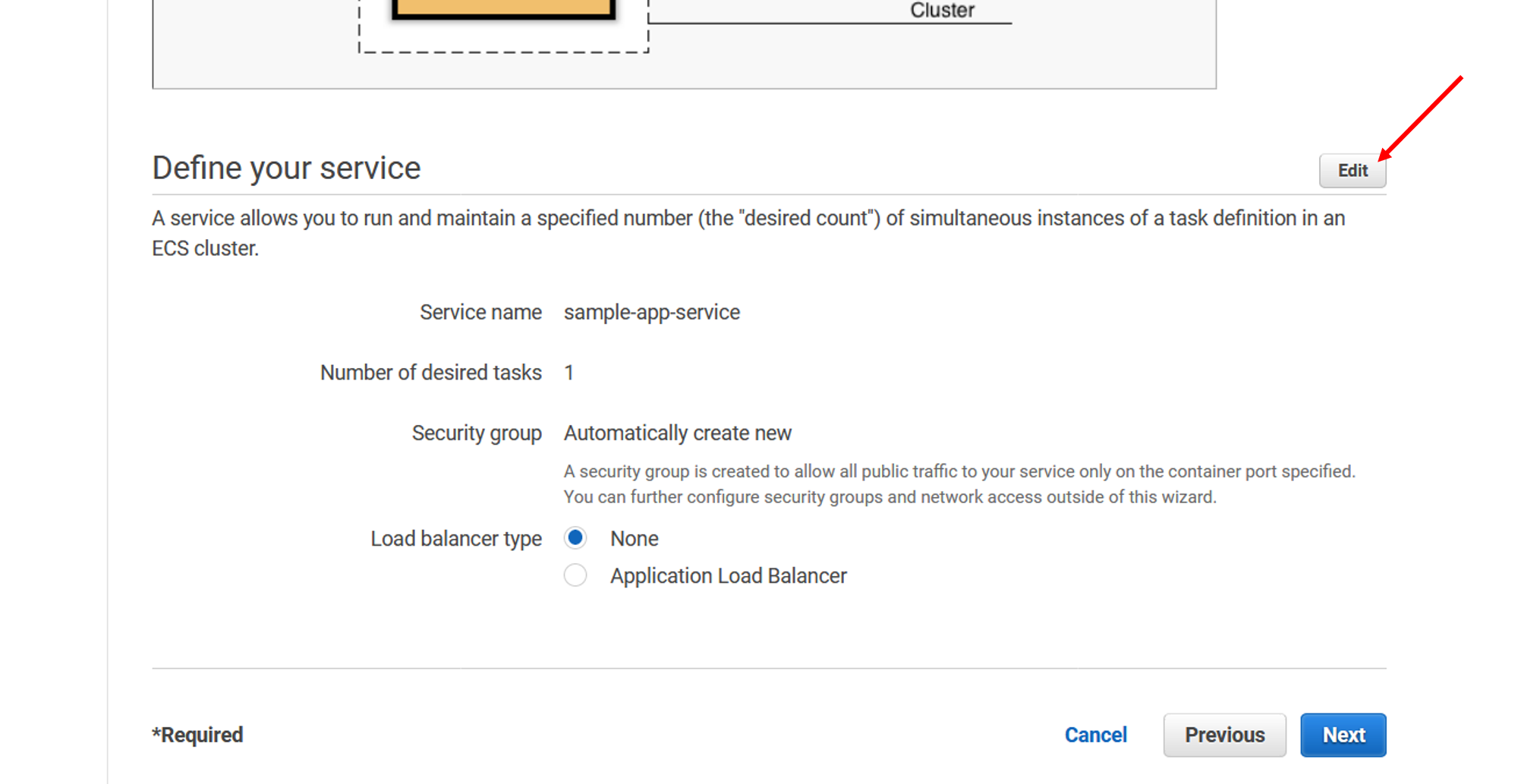 We don't need a load balancer here because of the Twitter API rate limit. Even if we scale-out our containers, Twitter's API will send us a 420 error message because the bot is being rate limited for making too many requests. 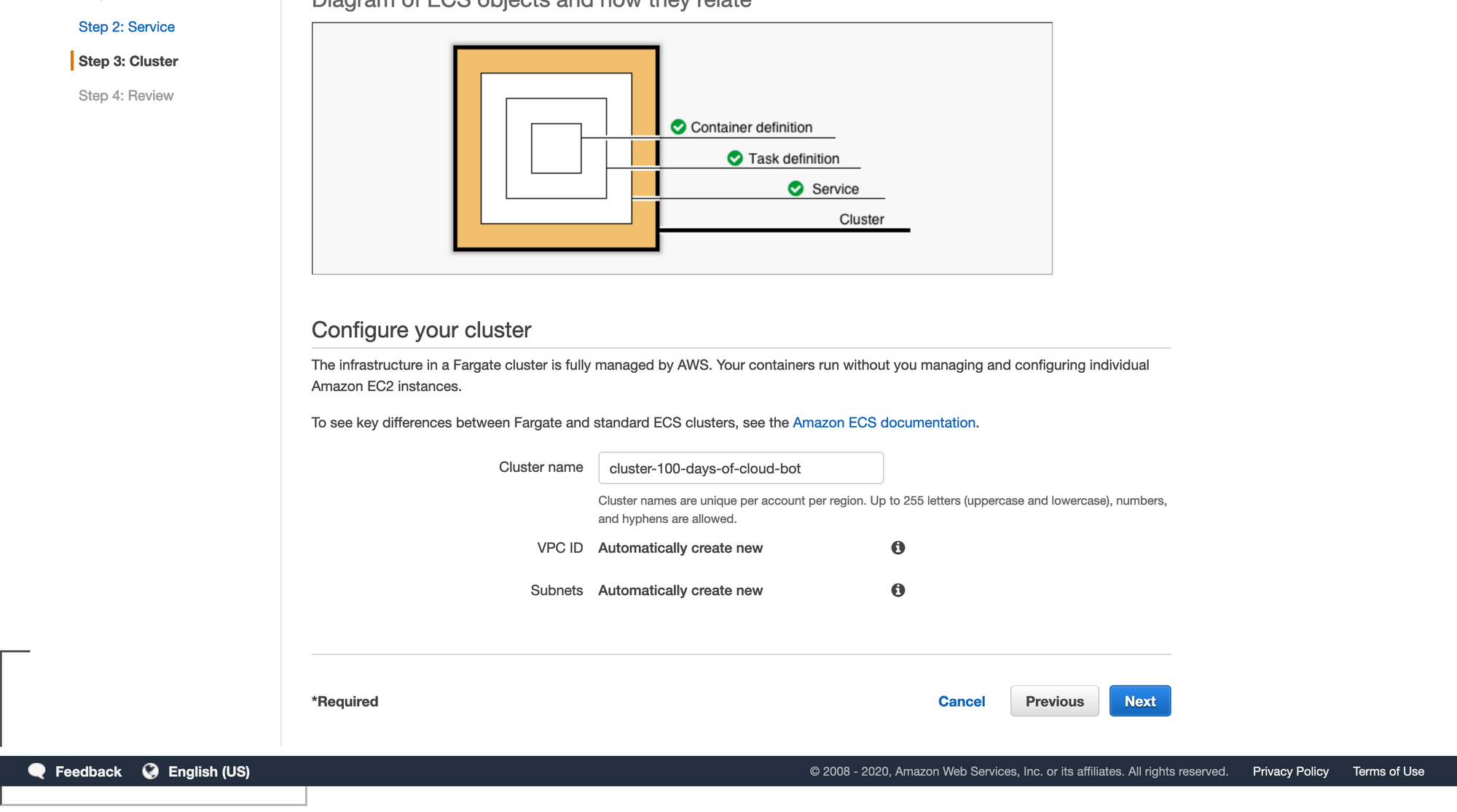 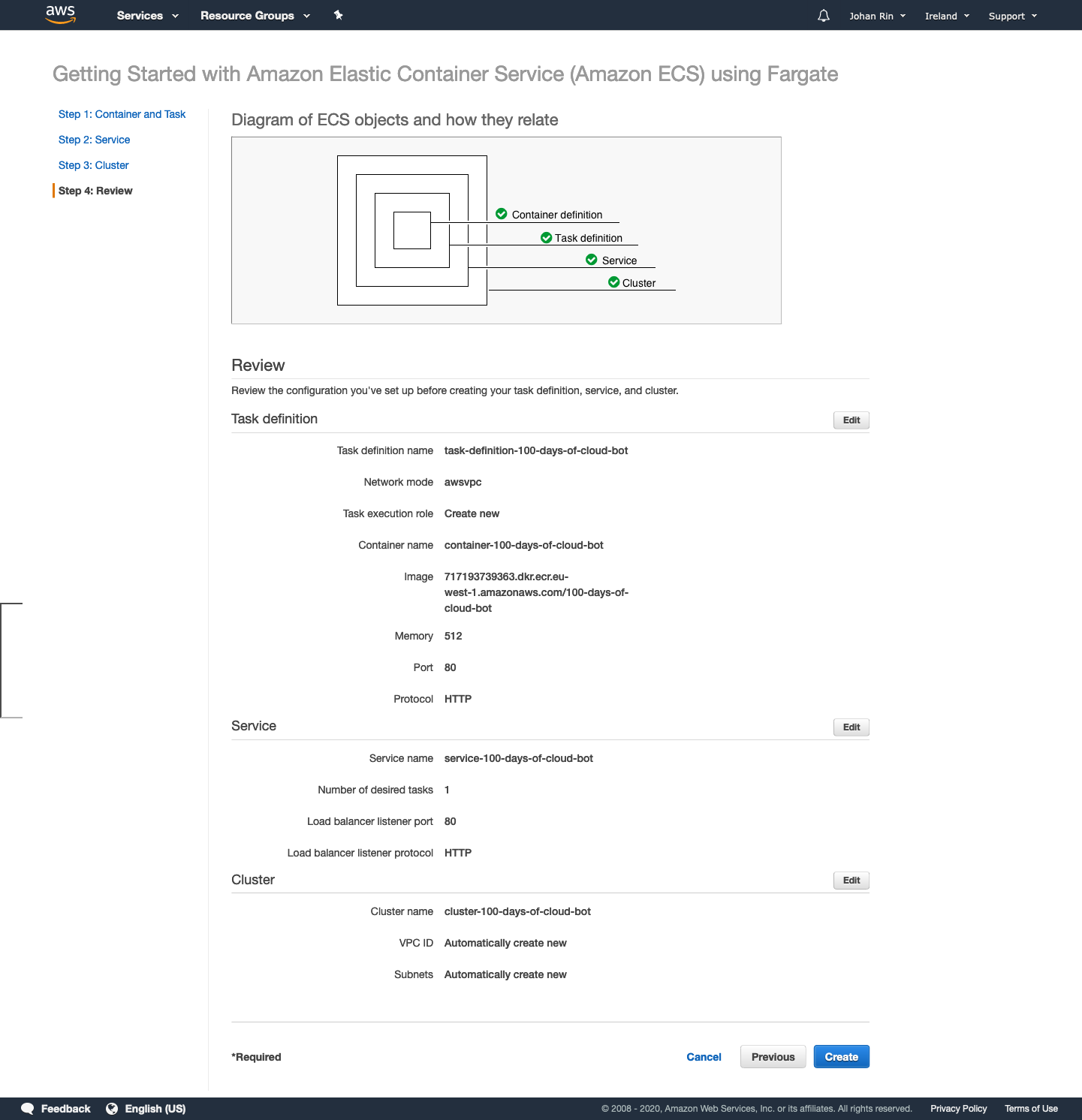 That's it, the container is deployed on AWS Fargate!

You deployed your Twitter bot on AWS Fargate with only four steps! 🎉🎉🎉

AWS Fargate is easy to use, allowing us to deploy containers without managing and operating servers.

This use case was simple, but we can do much more like adding a load balancer or defining more tasks. I recommend you to check the documentation for more details.

Because this post was about the #100DaysOfCloud challenge, I should mention that we have Discord server, so feel free to join the community and the challenge! We have amazing people from all around the world ready to help you to get started with the Cloud.

That’s it for me, hope you learned something!